The Meanings of Sphene

Description of meanings of Sphene 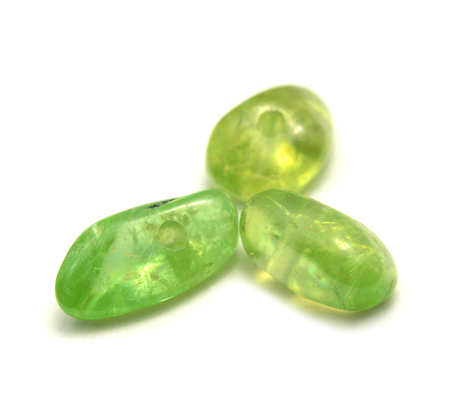 Sphene is a gemstone that has a meaning and properties related to studying. It is known as a gemstone that can make owner's thoughts clear and gives wonderful knowledge. Sphene has been believed for its power to enhance owner's mental power. By having strong and sharp mind, you will be able to create rich life. It is a gemstone that is good for people who want to increase creativity.

Sphene is known for its power to give energy to “the third eye” which is on your forehead. You would be able to sense invisible energy and change it to necessary information. Please try using Sphene if you want a message to lead things to success. This gemstone can give you many kinds of information that is needed for your growth.

The shine of Sphene symbolizes “the divine light.” It has been believed that we can receive needed energy by exchanging messages with gods in the heaven. Sphene also has a meaning and properties of predicting the future. It is useful when you want to make your actions advantageous or when you want to help other people. Sphene is known as a gemstone to raise humans in a higher level. It would be able to bring out your full potential and make the best use of it.

Sphene is also called in names of “Titanite” or “Keystone.” Ore is usually called in either name, so it will be good to know these names too. When it is made in accessories or jewelry, it is mostly called Sphene. Yellow-green Sphene is the most popular color. There are also brownish-green ones and dark green ones. Transparency differs from clear ones to opaque ones, so please choose the one you like. Sphene with high-transparency and beautiful green is handled as jewelry. It is very rare and also expensive. Jewelry type Sphene has the best meanings and effects, so many gemstone lovers are keeping their eyes on it.

Sphene is known for its power to give the owner new ideas and knowledge. It is good for people who want to start something new or want some power to take a step forward. Sphene also has a meaning and properties of increasing a skill of application. It is useful when you want to make things in your way, not just realizing your idea. Please try using Sphene when you want to express your world or create something totally new. This gemstone can help you a lot in the field of creation. Sphene is also good for people who want to make their dreams come true or want to achieve their goal.