The Meanings of Garnet

Description of meanings of Garnet 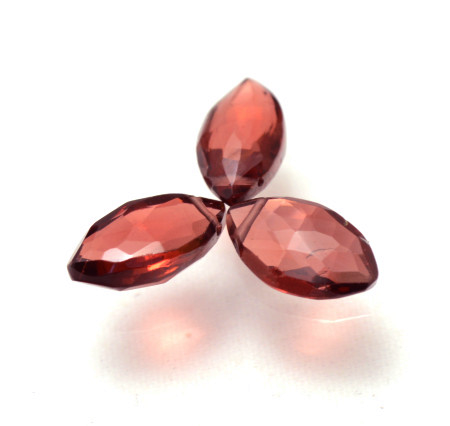 Garnet also has a meaning of making the owner's energy active. If you want to make your life more delightful, Garnet will be a good one. It will enhance the owner's creativity and make various ideas true. Garnet has mysterious and miraculous energy. From ancient times, people believed that this gemstone has magical energy. Even now, people think that it gives great power to the owner. Please try this powerful meaning and properties of Garnet.

Garnet can wake up the owner's great talents and individuality. It has been believed that the energy of the earth would inspire people's potential. Garnet has a meaning of awakening. It would enhance the owner's mind and soul, and help growth a lot. When you want to have energy for progress or when you want to improve things, Garnet would be the one to try. If you feel like you are lacking motivation for some reason, your mind and soul might be asleep. Garnet can help your soul get awake.

There are various colors of Garnet. Red, orange, brown, yellow, and purple are there depending on the place of production. The meaning and properties of Garnet will differ by its color, so please choose your best one.

Garnet can help people recognize the energy of the earth again. It has a meaning of reconnecting the bonds between people and the earth. If you want to have a solid sense of life or gain vitality, please try using Garnet. It would give you unlimited possibilities. Garnet is also good when you want to make your energy cycle better, or want to have power to live strong.