The Meanings of Rutile

Description of meanings of Rutile 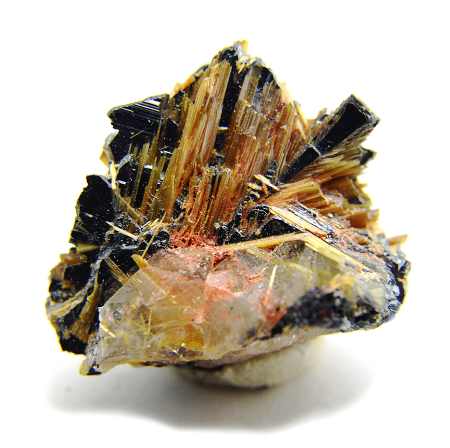 Rutile has meaning and properties of making firm results. This gemstone contains titanium, which is 2 times stronger than iron. It has been considered as a symbol of absolute success that doesn't get hurt or broken. It is an amulet to gain a stable position. This gemstone would support its owner's life very strongly.

Titanium which is contained in Rutile is an excellent kind of metal that has all 3 factors, difficult to rust, light, and strong. Minerals in a titanium group is valued as a powerful talisman. It would strongly block the invasion of negative energy. It will be a good amulet when you want to keep yourself active.

Rutile has meaning and properties of keeping good relationships. This gemstone can prevent jealousy, hostility, betrayal or anger. It would create good atmosphere for both you and others. It can be used on all sorts of relationship such as friends, a lover, family, colleagues, bosses, or subordinates.

Rutile has several kinds of color variation. The most famous one is Gold Rutile. Other than that, there are red, brown, black, and silver. Depending on the amount of iron, the color will change in order of silver, gold, red, and black. You can receive the power of Rutile by using any of the color. Please choose the color you prefer.

Rutile has meaning and properties of increasing vitality. This gemstone has very powerful energy inside. It would be useful to make up lack of energy. It can let you perform your best at an important situation. This will be a good amulet when you want to try to do something big.

Rutile is a gemstone with meaning and properties of enhancing intuition. Straight needle-like metal is called an antenna that connects with the heaven. It is a good amulet to immediately determine whether the answer is correct or not. It is also useful when you want to get the best idea in your mind.