The Meanings of Zincite

Description of meanings of Zincite 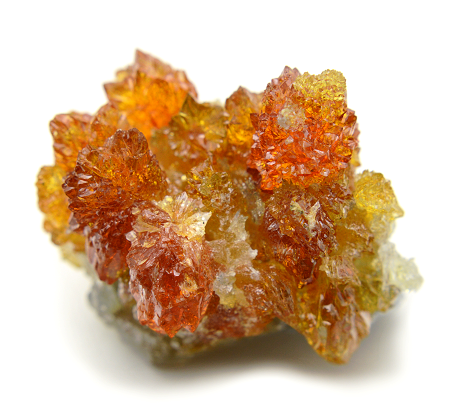 Zincite has the meaning and properties of regaining the lost vitality. It is a gemstone filled with positive energy. It gives energy to walk forward again. Zincite is also said to be "a jewel that transforms desperate circumstances." It is also recommended when you want a ray of hope. It revives the original bright life.

Zincite has the meaning and properties to hasten the acquisition of technology. It is a gemstone to absorb useful information and knowledge quickly. It is used when you want sufficient abilities and achievements. It is also recommended when you want to speed up the achievement of the purpose.

Zincite has the meaning and properties to purify the poison of the heart. "Anxiety", "sadness", "anger" and "fear" that become a poison of the heart are cleansed clearly. It is also recommended when you want to shorten the time to suffer. It switches "trouble without answer" to "action to answer". It makes you to take a new step.

Zincite is a mineral in which "zinc (Zn)" and "oxygen O" are bonded. "Natural type" and "artificial type" exist. Although it is unusual for natural stone, "artificial type" is more famous. Artificial Zincite has very beautiful crystals. Most of distributed Zincite is artificial stone type. Strictly it is called "Synthetic stone Zincite". Synthetic stone is a mineral that has been artificially raised. Synthetic Zincite is born as a by-product such as in a chimney of a zinc factory. Natural Zincite is valuable because its production area is limited.

Zincite is a gemstone with low distribution volume. It will not be seen in most gemstone shops. You can find it by looking for a specialty shop with wide selection. It takes a while to get it, and it is a gemstone for advanced users. The price is not too high and not too low and is equal to the general gemstone.

For Zincite, mainly raw stone type is popular. There are kinds such as "red", "orange" and "yellow". The gemstone from Poland is the most famous. Some accessories also exist, but the number is quite a few.

Zincite has the meaning and properties of collecting friends. It is a gemstone to find "brothers" with a common purpose. It supports to break down difficulties together with the fellows who have mutual interests. It is an amulet to be strong to team games.

Zincite has the meaning and properties of creating new value. It is a gemstone to produce revolutionary things and services. It is helpful to break existing common sense and rules. Zincite also has the power to combine things that have never had contact before. It is recommended when you need to explore the new land.