The Meanings of Star Ruby

Description of meanings of Star Ruby 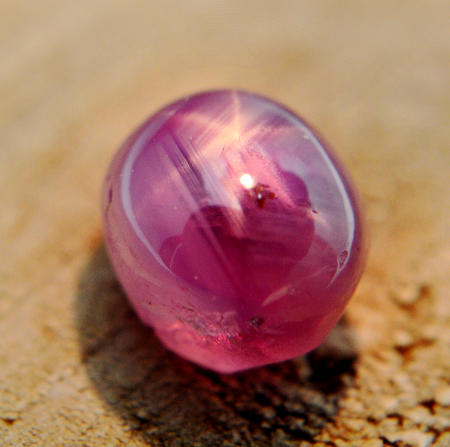 Star Ruby has a meaning and properties of giving the owner richness. It has been handled as jewelry for a long time and many powerful people were fond of it. This gemstone's energy is so powerful that it is called “The King of Jewelry.” People have believed that they can overcome any kinds of adversity. It has been told that if Star Ruby can make the full use of its power, it may be able to change everything in the world.

Star Ruby is a gemstone that stimulates owner's hope. It can increase the will of the owner for the dream. This gemstone would help you understand your wish clearly and take an action for it. It is good to use when you are hesitating to go forward or when your goal is a little blurry. The strong energy of Star Ruby would definitely back you up.

Star Ruby has a meaning and properties of vitalizing your energy. This gemstone can burn the aura inside your body. It has been told that we are able to have powerful energy to overcome troubles. Star Ruby can unlock owner's mental limitation. It is good to use when you want to perform more than 100% of your skills. When people face difficulties, they try to get away from them by making reasons. For example, when they made a mistake on business, they try to make excuses such as “I was a little sick.” or “It's my boss' fault.” Star Ruby would wipe out all those negative thoughts and lead you to success.

Star Ruby is a rare gemstone. You have to go and see several specialty stores if you need one. A shop that has one would be a really nice store. It is usually more expensive than regular Ruby. Especially when it has a beautiful star-shaped shine, it is really popular even though it is expensive. If you have one of the high-quality ones, you can pass it on to the next generation as a family treasure. Beautiful Star Ruby will be even more difficult to get because of its high demand.

Star Ruby has a meaning and properties of increasing owner's mental power. High priests wore it in earlier times. People can have the power to banish negative energy. It is good to use as an amulet. This gemstone would help you increase your power and overcome the evil.