Description of meanings of Rosolite 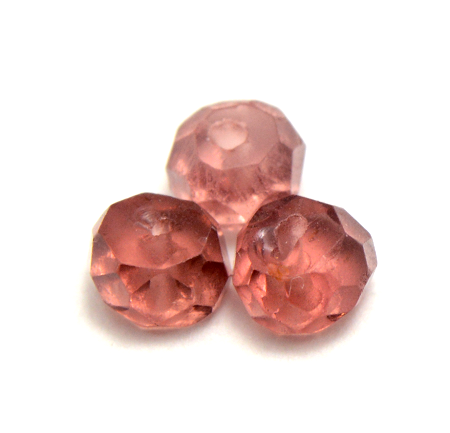 Rosolite has a meaning and effect of regeneration. It is a good gemstone to use when you want to hope for miracle revival. You would be able to get energy that is needed to revive. It is also useful to reset chaotic situation.

Rosolite has a meaning and effect of protecting its owner from negative energy. This gemstone has been used to repel evil spirits. It is good for a good-luck charm of travelling or avoiding nightmares. Rosolite is also known for stopping its owner to go to a bad direction. It is a reliable gemstone that can guide your life.

Rosolite is a gemstone that can make its owner's dreams come true. It has been used to pray for prosperity of the future. It would even work much stronger if your dream is clear. The power of Rosolite is effective for both love luck and business luck. It would give you power according to your priority.

Rosolite has a meaning and effect of increasing its owner's self-confidence. By shutting off many kinds of perplexity, you would be able to have definite will. It is also known as a gemstone that increases charisma. Rosolite is good to use when you want to increase your sales results or have more wins. You would be able to have energy to survive in life.

Rosolite is one of the type of a gemstone called Garnet. A pink Grossular Garnet is sold in the name of Rosolite. Ordinary Garnet has deep red color. Light-pink colored one is very rare and it will be much more valuable. If you need Rosolite, please be patient to find one.

Rosolite has the power to enhance its owner's life energy. It would burn inactive energy when appropriate. This gemstone is good for increasing your motivation. You would be able to have productive life by using Rosolite. It is also effective when you want to have the power to take actions.

Rosolite has a meaning and effect to recover trust in human relationships. It can be used widely from your friends to your partner. Please use it when you feel lonely or being isolated. You would be able to get back trust and bonds from people by solving the problems in the past.