The Meanings of Dead Sea Salt 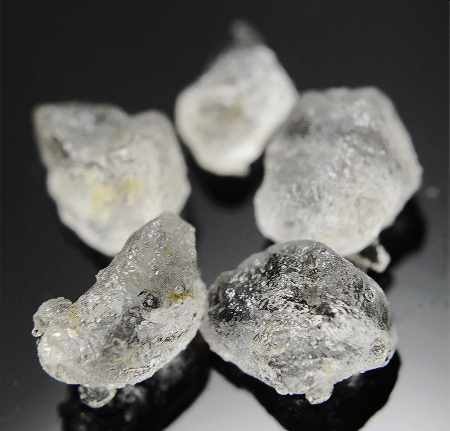 Dead Sea Salt is extracted from a salt lake in the Arabian Peninsula. It is a special place that is written in the Bible. Dead Sea Salt has a stronger power to purify energy. It can purify negative energy or negative feelings remaining inside your body. The Dead Sea is a very famous sightseeing location. When you visit there for sightseeing, you can directly touch Dead Sea Salt.

The Dead Sea is well known for the water with very high salinity. Its salinity is 10 times more than seawater. Salt has bactericidal action. Dead Sea Salt is used for warding off evil spirits or purifying because of this special character. It will be useful for purifying any kinds of energy.

Fishes can't live in the Dead Sea because the salinity is very high. That is why the lake was named "The Dead Sea." Dead Sea Salt will give you time to face yourself. It is useful for blocking all the annoying information around you. It is an amulet that can let you hear your true voice.

Dead Sea Salt is sold in many shops. However, there are some concerns about exhaustion, so there is a chance of decreasing in marketplace circulation. If you are interested in it, it would be better to try it sooner. The most famous form of Dead Sea Salt is bath salt. You can easily receive the power of the Dead Sea by putting it in a bathtub. Its price is low so you can try it easily. Dead Sea Salt is not suitable for eating. It is kind of bitter compared to table salt. You can use it as an amulet if you grow the crystal big.

You will float if you get in the Dead Sea. It is famous as a lake that nobody gets drowned. The Dead Sea can keep high buoyancy because it has high salinity. You can read books or newspapers in the Dead Sea. You can enjoy a strange feeling that is not like something in this world. From this property, people consider that the Dead Sea has the power to make heavy feelings lighter. Dead Sea Salt has that power, too. If you want to brighten your dull feelings, Dead Sea Salt is good to use.