The Meanings of Turkish Stone

Description of meanings of Turkish Stone 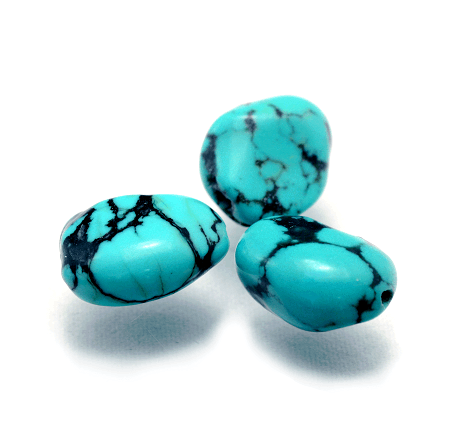 Turkish Stone has the meaning and properties of an amulet against evil. It is a powerful gemstone that has been worn as an amulet since ancient times. Human beings have loved this stone for over 6,000 years. It is a sacred gem that protects the owner from negative energy. There is also the power to light up the part infected by the dark side. Positive energy will make it easier to attract happiness.

Turkish Stone has meaning and properties that lead the owner to success. It is a gemstone has been worn by many successful people in the long history. There are many Turkish Stone fans who have acquired huge powers such as "royal", "aristocracy", "wealthy people", and "high priest". It is very popular as a lucky charm even today. Please use it when you wish for great success.

Turkish Stone has the meaning and properties of raising the mental power of the owner. It is popular as a gemstone that produces a "heart that does not lose". It was once preferred and worn by warriors and shamans. "Endurance", "patience" and "concentration" required to maintain a strong heart are simultaneously enhanced. If you easily burn your mental energy, please use Turkish Stone as a charm.

Turkish Stone is a very major gemstone and there are lovers around the world. There is a magical magic in Turkish Stone. There are more than 1000 types of gemstones, but among them there are many people who only collect Turkish Stone. It is also popular among entertainers and often found on television and magazines. It is a powerful gemstone that attracts those who look at the stone with the enhancement of the charm of the owner.

Turkish Stone is a beautiful blue gemstone. The high quality type has the beauty like cutting a beautiful blue sky. Blue-green and mesh patterns are also popular. The colors and patterns will change depending on the time of obtainment and place of production. There are no exact patterns, so you can have fun by only collecting Turkish Stone. The price varies a lot. High quality type is as expensive as Ruby and Emerald.

Turkish Stone has the meaning and properties that make it easy to predict the future. It is a gemstone that was once used as the tools for fortune telling or ceremonies. It is called "a gem that teaches the future." It is an amulet to tell you to go on the road of good fortune and to avoid misfortune.

Turkish Stone has the meaning and properties of enhancing good fortune. It is also famous as a gemstone preferred and used by merchants. It has been believed that the ability to read the flow of money is given. It is also popular among investors and entrepreneurs. It will help to shift from "the side to be ruled by money" to "the side to rule money".