The Meanings of Rainbow Quartz

Description of meanings of Rainbow Quartz 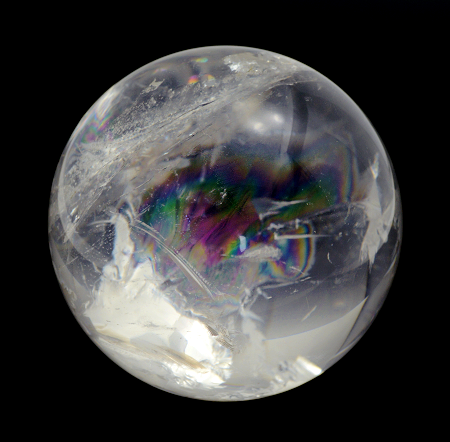 Rainbow Quartz is a gemstone that can give hope to the owner. Very positive meanings and effects are condensed. Just as its name says, this gemstone has the power of a rainbow. You can see a rainbow inside the gemstone when you light it up. From ancient times, it has been used as a sacred item because people believed that rainbows have positive energy. Rainbow is a famous lucky symbol. It would give the owner hope and light.

Rainbow Quartz is a gemstone that has a meaning and properties of making people feel positive. It would hold back your negative feelings and fill you with happiness. This positive energy can influence other people, too. It can work for all the people around you and the environment. This gemstone is good for people who give advice to others or people who work in a service industry. Rainbow Quartz can ease all the sadness and anxiety around you.

All types of energy can be vitalized because Rainbow Quartz has all 7 colors in it. This gemstone has a meaning and properties of increasing overall luck. It can heal and vitalize all kinds of energy. Rainbow Quartz is good for people who want to increase love, work, health, all the luck evenly. It is useful from beginners to advanced people.

Rainbow Quartz is also known as a gemstone that has spirits inside. This mysterious shine is considered as the energy of gods. It is a gemstone that has been used for healing from ancient times. This magical power is still loved by the people all around the world. It is also very popular among Quartz lovers.

The rainbow shine of Rainbow Quartz is a symbol of harmony. By having all the natural colors in one place, it can bring ultimate harmony to you. Rainbow Quartz has a meaning and properties of balancing all kinds of energy. It is useful when you feel like your mind and body is lacking unity or when you are quite confused. This gemstone is good to use when you want to make your mind stable.