The Meanings of Cacoxenite

Description of meanings of Cacoxenite 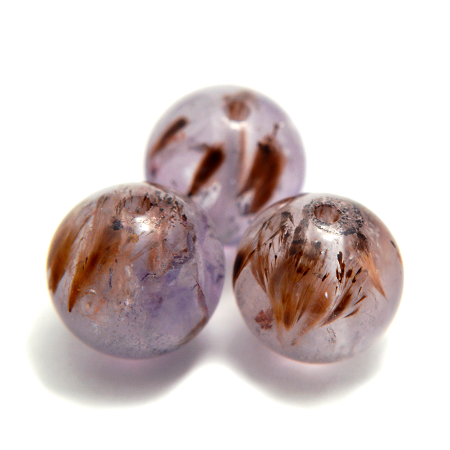 Cacoxenite has a meaning and properties of stimulating owner's growth. This gemstone would support to enhance skills. It is used when you want mental strength or want to improve professional skills. Your confidence would increase by having the power to live.

Cacoxenite is an expensive gemstone because of its rareness. It would be better to check the market price before you buy one. Cacoxenite has golden to brown color. It has a feather-like pattern that looks like a flying bird.

There is a gemstone called Rutile that looks like Cacoxenite. Rutile is also often mixed in Quartz and its color is yellow to brown. The rareness is totally different between these two gemstones, so please be careful and don't buy cheap Cacoxenite. Some stores sell low-quality Rutile Quartz as Cacoxenite in Quartz. Please buy it in trustful specialty stores.

Cacoxenite is a gemstone with a meaning and properties of enhancing owner's intuitiveness. People have believed that it can open the third-eye which sees truth of things. It can sense invisible energy such as luck flow or people's feelings. Cacoxenite is also useful when you want chances or ideas. It would lead you to a correct way by intuitively sensing good and bad of energy.