The Meanings of Nirvana Quartz

Description of meanings of Nirvana Quartz 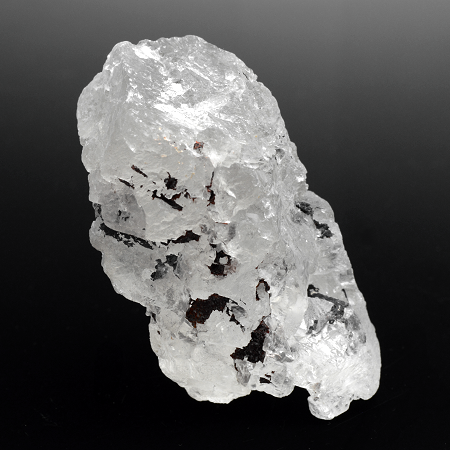 Nirvana Quartz is a gemstone that can release unawaken energy. It has a meaning and properties of bringing out owner's potential. The potential that could be awaken will be various, such as love, talent, or dream. Nirvana Quartz would release the best energy according to your hope. You would be able to make progress to a bright future by having necessary energy.

Nirvana Quartz is a gemstone that was found when Himalayan glacier melted. It is also called Himalayan Ice Quartz or Ice Crystal. This gemstone is fairly new one which was found in the 2000s. All crystals are unique and it looks like a fossil of ice. That is why Nirvana Quartz has a meaning and properties of freeing talents. It has been told that it is effective to bring out the power hidden in the glacier. It would help your self-improvement.

Nirvana Quartz has a meaning and properties of enhancing intuition or insight. It would help you sense invisible information or people's feelings. Nirvana Quartz is also known for its power to reveal the third eye on your forehead. It is good for people who work in planning or development department or service industry. We can say it is a gemstone that creates energy from nothing. It has been told that Nirvana Quartz has spiritual energy inside. Many healers around the world are attracted to it and many people buy it to use for meditation.

Nirvana Quartz has the energy of sacred place, Himalaya mountains. It has been valued by people who study Buddhism there. Local people use this gemstone to be spiritually enlightened. It would help you to block worldly desires and reach a higher level. It is also good for people who want to strengthen their souls. You would be able to feel supreme bliss by reaching the highest level.